My first duck hunt of 2015 occurred much later than I would have preferred. I knew I had missed the bulk of the early season action but I just had to go. The hunt was a successful one, but it reminded me of two important lessons I've learned since I started hunting waterfowl.
1.) Timing is critical
2.) Be persistent
If I've learned anything about hunting waterfowl over the years, it's knowing WHEN to go. My hunting buddy and I started hunting waterfowl in college. We had no mentors and no clue what we were doing, but we had time and the desire to figure things out. Slowly over our 5 years of college, we became more and more successful until we were consistently bagging birds. We learned the pattern of the birds in Southern Idaho throughout the season. Here is a simple breakdown:
Weather also plays an important role:
*Of course none of this is absolute and scouting is always the best way to ensure success.
Which brings us to our hunt. We had no time for scouting, so I was relying on past experience. The weather was favorable; cold, windy, and a storm had recently moved into our area. This told me our chances of a good hunt were higher than if the weather had been "stale" and no wind was present. I met my good buddy, Jordan at 4:15 am, and we set off in the light rain to my favorite early season pond.
It apparently had been raining a bit harder and longer at the duck pond because the parking lot was soup! 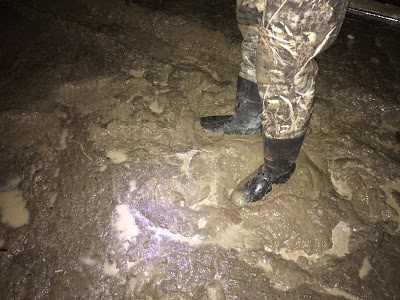 We set up on the pond and waited for legal shooting light. Our anticipation was high as we thought of the potential success we might have.
Legal shooting light came and a few groups birds were flying. Near 8:30 am, a single green winged teal coasted into the decoys and met it's fate as Jordan rose and took his shot. Jordan waded through the muddy water and retrieved the single. 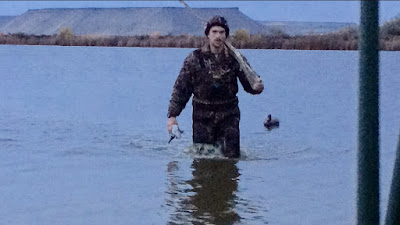 The morning slowly crept by as we watched the skies empty themselves of birds. So far we hadn't seen a single mallard, only a few buffleheads and teal. 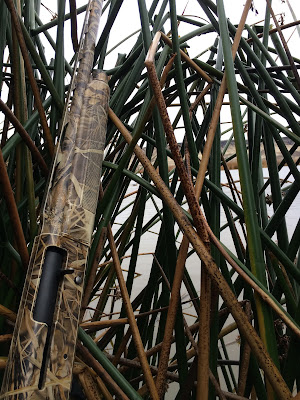 As we sat in the bulrushes, waiting for the action to heat up, the truth slowly began to creep up on me; it was the mid season lull! I had missed the early season action and all the local mallards had been either shot or forced to migrate out of the area. 10 am approached and we only had the single teal to hand.
"What do say, Jordan? I just don't think its going to happen today. We haven't seen a single mallard."
"Let's give it another half hour."
"Ok, I'm fine with that."
Shortly after we spoke, a single duck approached low and fast over the water until it glided into the pocket in the decoys. Jordan and I both rose as the drake redhead ascended and attempted to make it's escape. BOOM! Jordan's shotgun went off and the redhead lay dead on the water. 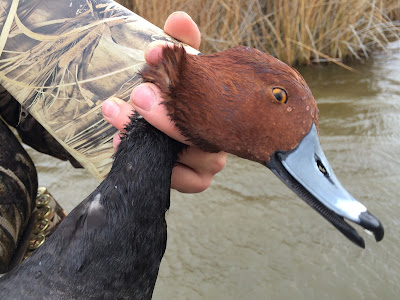 "Well, I guess it's a good thing we didn't start picking up the decoys." I chuckled, as we both left our hideouts to check out the beautiful specimen.
A little while later, a decent sized group of green winged teal bombed the decoys. Like bottle rockets in a swirling wind, they split up and rocketed off in about 5 different directions. The birds gave us only a second to pick a target and make our shot. I'm not sure how I managed to do it, but just before one coasted over my head and disappeared behind the bulrushes, I pulled the trigger and dropped a drake. As excited as I was to have gotten a bird, I was slightly dreading the retrieval of that bird. Behind us lay a large forest of thick, swampy bulrushes. 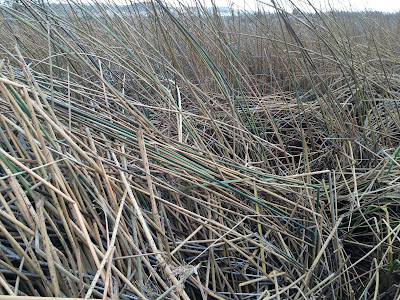 Jordan and I both trudged through the tall, thick, impenetrable forest of bulrushes in search of a bird the size of an iPhone 6. After nearly 10 minutes, the little guy magically appeared, nested on top of the matted bulrushes. 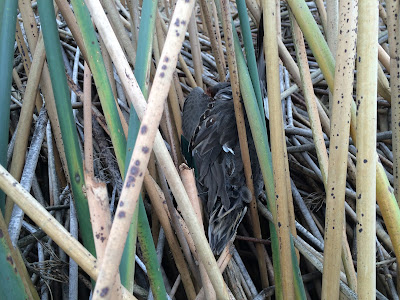 We returned to our seats, satisfied with the action the last 30 minutes had provided for us. We sat a while longer and stared at empty skies.
"Shall we give it another 30 minutes?" I asked Jordan.
"Sure. It's a good thing we hunted that last half hour. We've got 3 birds now."
Close to 11 am, a nice drake American wigeon descended into the decoys, providing us with another bird to carry home. 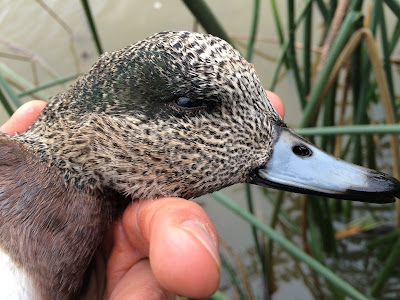 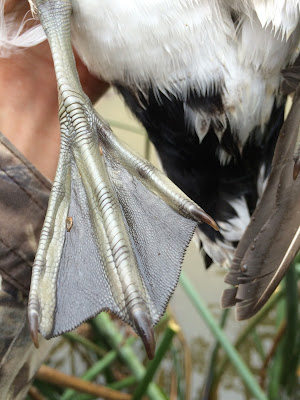 Shortly after, a "booner" of a drake gadwall met it's fate to Jordan's deadly accurate shotgun. 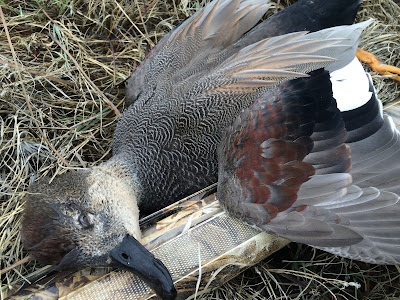 The action was not fast and furious, but our pile of birds was building.
Across the pond, a group of birds approached low and fast. They appeared to be teal, but as we rose to shoot, it became apparent they were ring-necked ducks. BOOM, BOOM, BOOM, BOOM!!!! Three birds lay on the water, and the bird dogs(us), went to retrieve them. 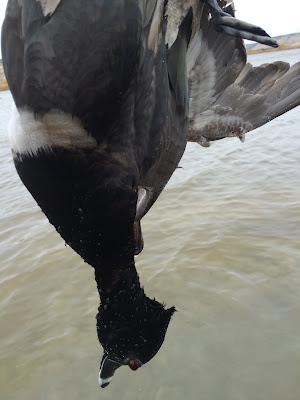 We sat and waited until 12 pm before deciding to pack it up. We grabbed the decoys and took our stuff over to the pond bank. As we sat and watched the pond before our march back to the truck, Jordan and I discussed how important it had been for us to BE PERSISTENT. It's easy to give up and believe it's just not going to happen, but sometimes, the birds just aren't flying until later in the morning. If we had packed up at 10 am, we would only have a single teal to show for all our effort. When hunting over water, I've found that the action can be anywhere between first light and 2 pm. One hunt in particular, it was all I could do to sit and wait until 11 am. Sometime near 11am, a group of 100 corn-stuffed mallards descended into the decoys, starting an hour of mallard madness in which 2 of us finished with 12 greenheads.
Despite no scouting and a hunt at the "wrong" time of the season, we were successful because we were PERSISTENT. Our stringer was certainly not a pile of greenheads, but we finished with 8 ducks that will eat just fine! 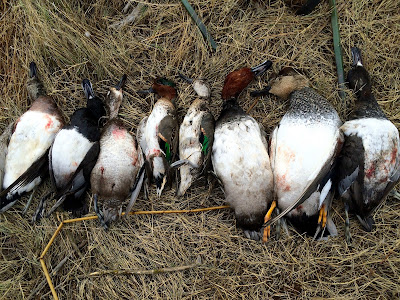 Posted by Ryan's Fly Fishing and Hunting Blog at 9:44 AM No comments: