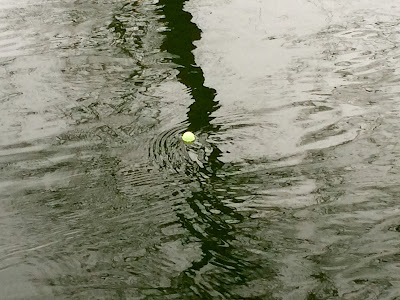 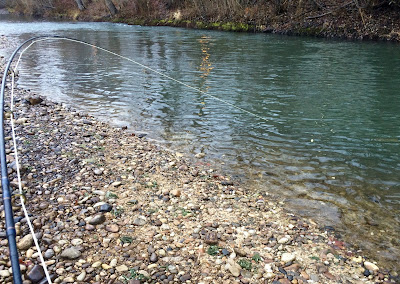 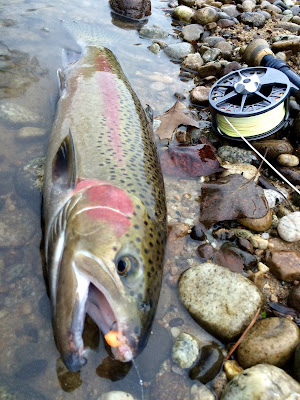 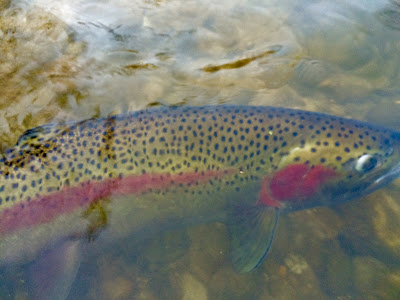 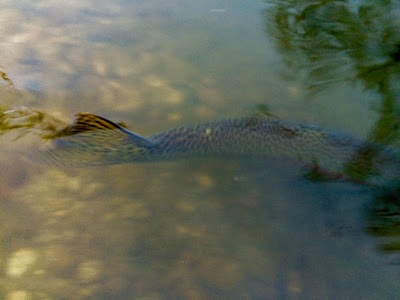 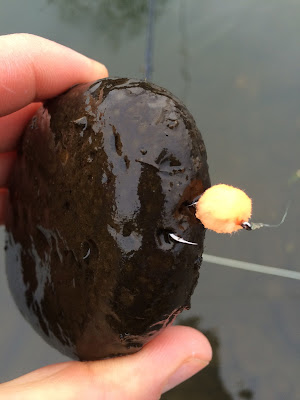 How a hook can find it's way into a tiny tunnel on a rock is beyond me. Some would take this as a sign that their luck is about to increase and a steelhead is waiting for them on the next cast. Others might take it as a sign to stop fishing. Since I had to be at work in 25 minutes, I was forced to adhere to the latter.
I reeled my line in and walked back to my truck. I believe any quick trip before work that results in a landed steelhead is a gift, and with Christmas just a couple days away, I considered that steelhead to be an early Christmas gift.
Posted by Ryan's Fly Fishing and Hunting Blog at 2:58 PM