We started day 4 out with high hopes. After seeing so many deer the previous day, we felt we had somehow cracked the code and all we had to do was pick a buck. If only it were that simple. We spent the entire day driving to different locations and going for brief hikes, only to see a grand total of 6 does and one 3 point. These desert mule deer seemed to be able to disappear when they pleased. 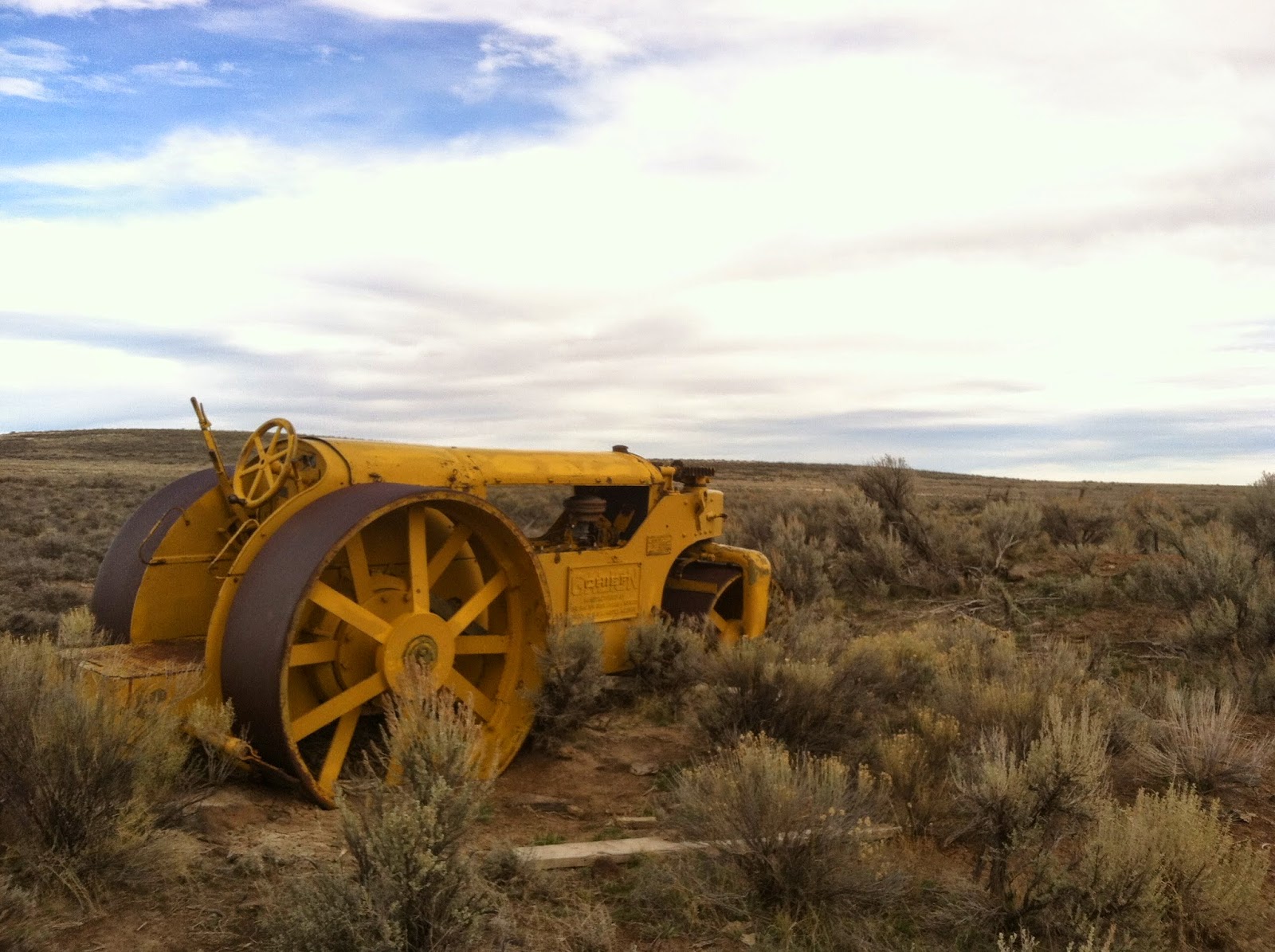 Midafternoon, we ended up on a terrible road that was overgrown and very bumpy. Rick swore he knew where it would pop out. I was beginning to wonder as the sage brush encroached and the road narrowed.
Eventually, it led us to a creek-crossing where we would eat our words: "Oh we can cross there!"
I got out of the suburban as Rick made an attempt to cross. The front of the suburban got stuck and so did the back. We only had traction to the front passenger and rear driver tires. Luckily, we had some shovels to dig us out. Forty-five minutes later, we were back on the road and headed in the right direction.
A few miles later we spotted a group of wild horses! 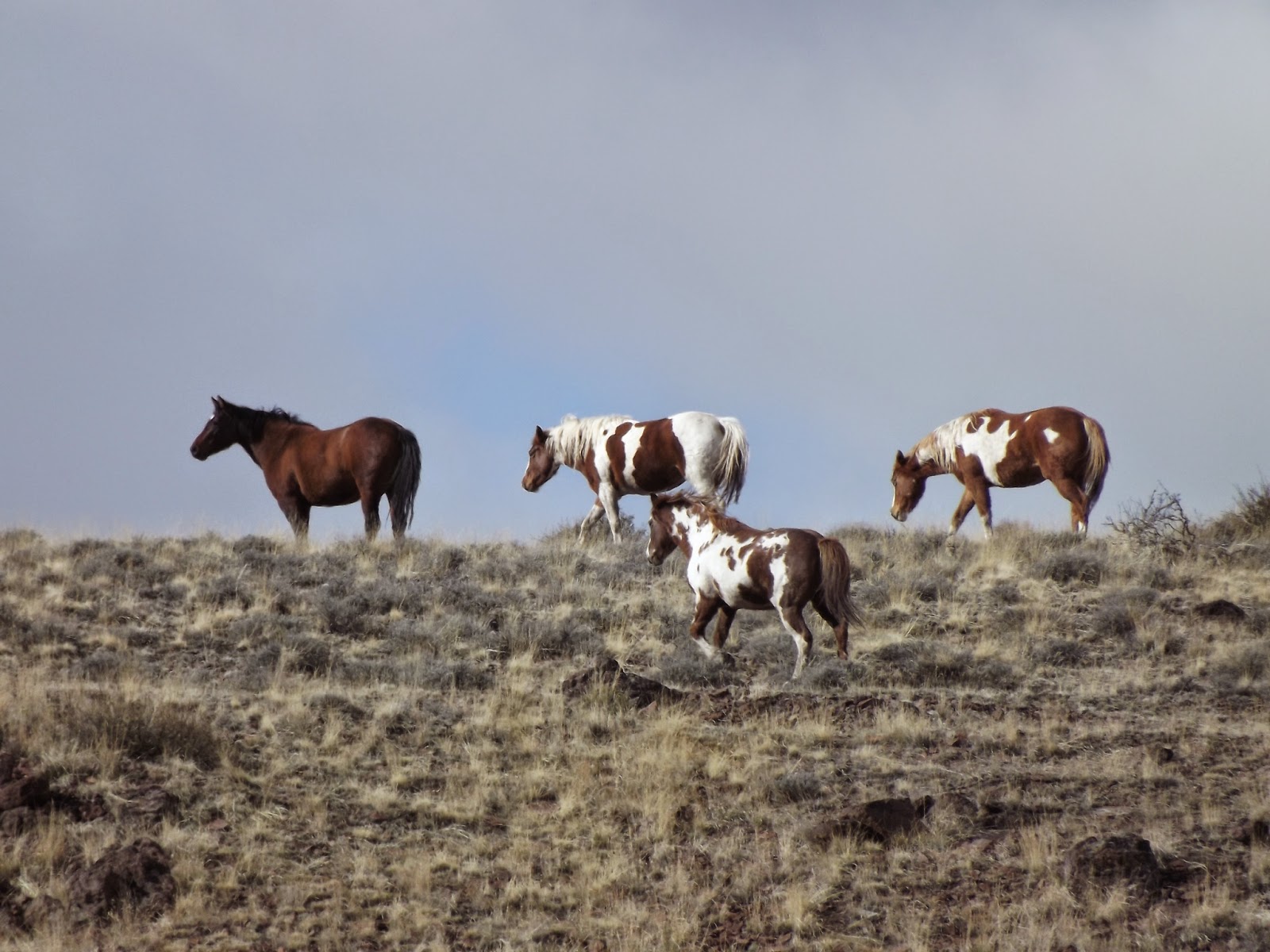 Darkness approached and we made our way back to camp. How could we see so many deer one day and so few the next?﻿

Day 5
We had just the morning to hunt on our last day, so we rose very early and went to a location we had seen deer on day 3. Sure enough, there were some deer; a lot of deer. We snuck to within a couple hundred yards of the big group of deer. The early morning light made it difficult to judge the size of some of the bucks in the group. One buck, however, caught our eye as he rounded the top of a hill in front of us, and we decided to pursue him to get a better look. We snuck to the top of the hill and slowly peeked our heads over. We spotted a small group of bucks very close by, but didn't see the buck we saw earlier that appeared to be a shooter. We kept going slowly, crawling on some occasions, until we spotted him again. We had made it over two more hills when we got a good look at him. It was his width that was impressive. He had to be nearly 30 inches wide, but he only had 2 short points on one side and 3 short points on the other. Rick decided to pass, saying that he would be a prize next year if he didn't get shot by any other hunters. A deer with genes like that should be allowed to see his potential. As the lead buck of a group of does, he will pass those genes on to future bucks.

The rest of the morning turned up nothing. Rick had another trip planned soon, so he would be banking on finding his big buck then. We packed up camp and headed home. It was a great hunt with some exciting moments.
Of course, Rick had to make us feel guilty about him not getting a big buck like we did.
"Sure must be nice to have gotten those big mule deer! I guess I'll just have to
keep looking..."

The real rewarding work was yet to come. I take pride in processing my own deer and making things like sausage. Here is some mule deer breakfast sausage. What a rewarding end to a great hunt; a freezer full of delicious meat. 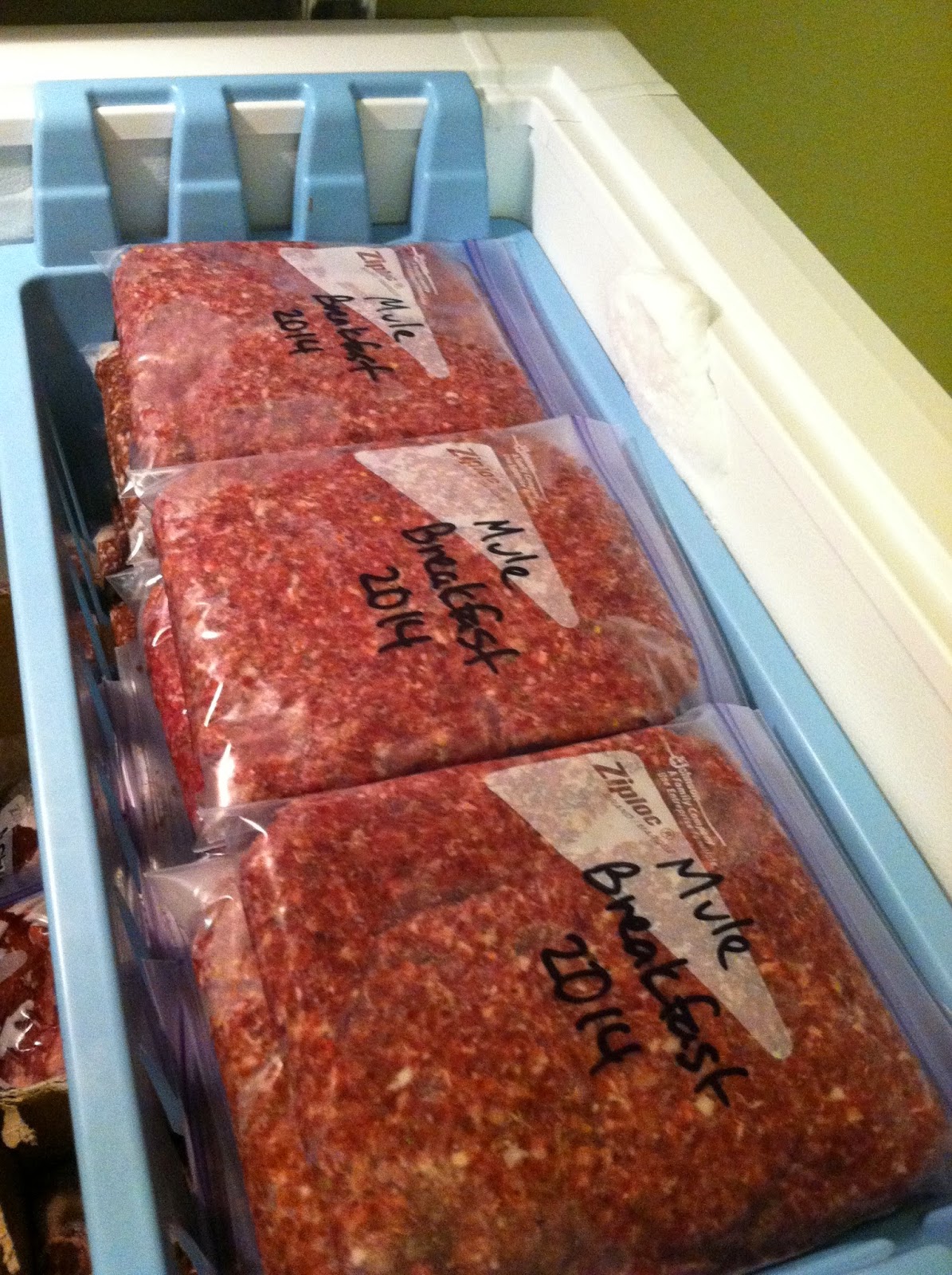 Posted by Ryan's Fly Fishing and Hunting Blog at 9:25 PM